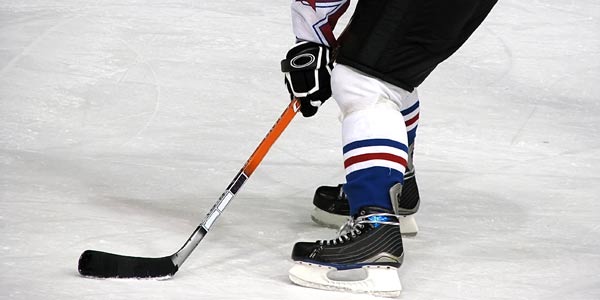 Do you struggle to play mentally tough hockey?

Have you played in an important hockey game where you were so afraid to mess up that you played less than your best?

Most coaches and athletes talk about the benefits of mental toughness.

But most coaches and athletes have difficulty identifying how to achieve mental toughness.

Have you played in game where you became overwhelmed by the significance of a game?

You became extremely anxious fearing a mistake might cost your team…

You decide to play it safe and the end result was a subpar performance!

The Los Angeles Kings faced the New York Rangers for the 2014 Stanley Cup.

The Kings constantly displayed their grittiness and mental toughness throughout the playoffs.

Even in the finals, the Kings proved their resiliency winning the first two games of the Stanley Cup series in overtime and took the necessary risks to win the Championship series, 4-1.

Darryl Sutter, the Kings’ head coach for the past three seasons, stated the key to mental toughness is the ability to adapt and “find different ways every game [to win].”

SUTTER:  “Yeah, I think it takes a lot of effort and will… [We] just started gutting it out.”

Sutter believes the Kings’ loss in the 2013 Western Conference Finals helped his team understand the kind of mental and physical toughness required to win tough games.

SUTTER: “That’s why not many people or teams win it, because it’s hard for them to take on the whole challenge of what it is to win and the price you got to pay and the sacrifice you got to make.”

Kings Center Jeff Carter identified the ability to maintain composure in pressure situations and focus on your game plan as a critical element of mental toughness.

CARTER: “All playoffs, no matter what situation we’ve been in, with the guys we have in the room, the leadership that we got from our coaching staff, it’s never too high, never too low. It’s about going out, playing our game and executing our game plan.”