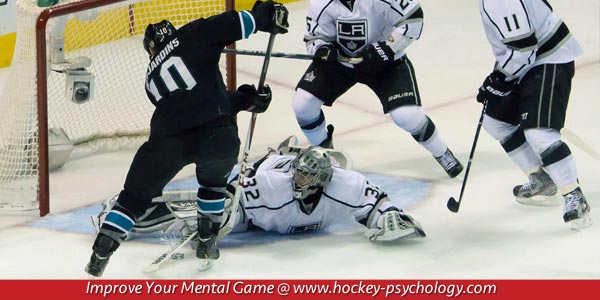 How Commitment and Confidence Affect Your Game Plan

Game plans are important for any team. Some teams base their game plans on their teams’ strengths. What can your team do well with the players you have? Some teams perform well on power plays, while other teams have great defense.

These are important questions to develop a winning game plan. However, game plans don’t guarantee success. Teams can fall short for two reasons: throwing out their game plan and not being fully committed.

Some teams abandon their game plan. They might get nervous, caught up in the hoopla of the game or feel frustrated with their performance. Without a game plan, it’s difficult to carry the team to victory on talent alone.

Other teams have game plans, but aren’t fully committed to them. Without full commitment from the players, your team becomes indecisive, tentative and over thinks their performance. Your team essentially looses trust in their game.

Your (or your teams) performance doesn’t always go according to plan. There may be times when you’re executing plays well, for example. This may call for a change in your strategy or game plan. Adjust your strategy to compensate for what’s not working for you.

You might consider changing up your plays to take advantage of the opponents’ weaknesses. Use the part of your game that is working, such as skating well during the power plays. The key is that even if you chose to change your game plan, you’ll want to stick to it.

“We’ve looked at some things that we can do better, and a lot of it is execution in our zone that led to some of their opportunities,” Sharks captain Rob Blake said. “We can be better.”