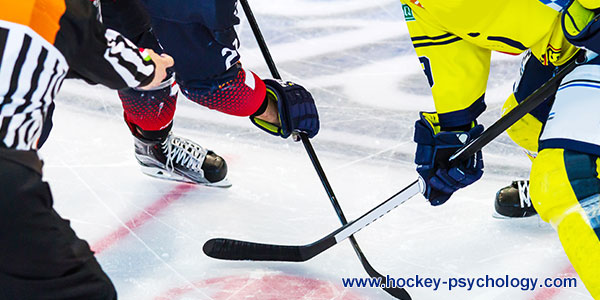 Complacency is what separates talented teams that are favored to win… from teams who fall short of their seasonal goals and objectives.

Complacency is the failure to prepare.

Complacency is taking the other team lightly.

Complacency is resting on your laurels.

Complacency is believing you are unbeatable.

Complacency is relying on your talent or past achievements rather than your effort.

The story of complacency is heard many times in hockey…

When a top ranked team loses to another team with far less talent, players and coaches from the losing side appear incredulous.

The talented, losing team often says: “I have no idea what happened on the ice today,” “We couldn’t get into the flow of the game,” or, “We got down early in the game and couldn’t find our way back.”

When you become satisfied with past achievements, your winning record or a current winning streak, complacency can creep in.

Complacency is the mindset or belief that you are good enough to get by because of what you have accomplished in the past.

There is a huge flaw in this type of thinking.

Your team won in the past because you prepared…

You put in the work and the training…

You were focused on the upcoming game…

You didn’t look past your current opponent…

You hustled and played aggressively…

You weren’t merely satisfied with what you did yesterday…

There was a greater goal you were working towards.

If you want to avoid major disappointment in hockey, you must learn to overcome complacency.

Teams that achieve their potential talk about “being on a mission”. The team’s mission fuels each player and keeps the team motivated and focused.

For that reason, a team on a mission takes no game lightly, prepares the same ways for each game, plays with focus and intensity and values positive work habits.

The reason teams are successful and play at a championship level is that they consistently push forward and win out over complacency.

The Nashville Predators, who hold the top sport in the Central Division, have not been bitten by the complacency bug as Stanley Cup playoffs near.

The Predators are looking to be on top of their game from the very first playoff series.

The Predators are a team on a mission… to become Stanley Cup Champions.

The Predators are looking to redeem themselves from last year’s Stanley Cup Final loss to the Pittsburgh Penguins.

FISHER: “It’s a lot more fun when you play hard like we did (Tuesday) and play together, play the right way. It’s a lot more enjoyable than just going out there thinking you’re a great team and showing up. You can’t do that in this league.”

Despite have the best season in team history, the Predators are focused one game at a time and refuse to take any nights off.

Nashville center Ryan Johansen stated the team is looking to challenge itself every night.

Beating complacency means bringing your best every single practice and every single game. If you can bring you best consistently, you will accomplish a lot in your hockey career.

A Tip for Overcoming Complacency:

Remind yourself daily of your mission. Write down your mission statement and read it before every practice and every game.

Stay focused on the mission!

Make sure you have one or two objectives for each practice. Focus on what you are learning each day in practice.

Without improvement or new learning, you’re game might not progress.

Learn more focusing strategies in our audio and workbook program, “The Focused Athlete:” 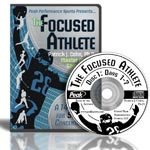 If you’re an athlete who is frequently distracted, loses focus in competition, or wants to learn more about how to focus better under pressure, The Focused Athlete is for you!

Concentration and the ability to focus under adversity is what championship athletes do best.

It only takes one distraction to enter your mind for you to lose a critical point, miss a putt, or lose a second off your lap time. You cannot afford to let distractions run wild in your mind and cause you to make errors at critical times in the game!

The Focused Athlete is a complete system to teach you how to focus like a champion and harness the power of a zone focus every tie you step on the playing field, court, track or course in practice and games!

This workbook and CD program consists of 2 audio CDs that include 14 days of focus boosting exercises and a simple to follow workbook that guides you through each of the 14 days, helps you apply strategies, and customizes the exercises to your personal focus challenges.

The Focused Athlete: A 14-Day Plan For Superior Concentration

What are customers saying about our mental game programs?

“I coach 2002’s at a AA level. I’m convinced that half of them are held back more by their minds than their bodies, maybe more than half. I like your 10 costly mistakes players make. The language is targeted at older kids, but the ideas are simple enough to convey to younger players. I’ll be using some of this for our game this afternoon!”*
~Steve Taylor, Hockey Coach